Yuto Horigome is a Gold medalist Japanese Professional skateboarder. Yuto is a record holder as he is the first-ever skateboarder to receive gold in an Olympics. Furthermore, he received the honour at the inaugural Olympic men’s street event at the 2020 Summer Olympics.

Yuto was born in Tokyo, Japan, on  January 7, 1999. As of 2021, he is 22-years-old. Horigome is the son of Ryota Horigome, a former street skateboarder. Also, he has two younger brothers. He figured out his passion for skating, watching his father.

At age 14, Horigome was already in the field. He had begun competing in national and international championships. In addition to that, Yuto started to visit the United States for Skateboarding lessons. Eventually, he moved to Los Angeles.

Yuto is a professional athlete. Apart from his career, he also has several sponsorships from big brands. Furthermore, brands like Nike, April Skateboards, Spitfire, and Venture helps him earn extra money. Hence, Yuto Horigome’s net worth is estimated at around $5 million. 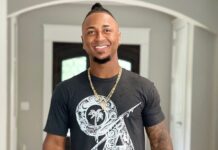 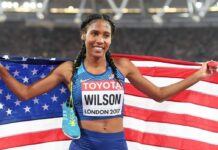