The Youtube sensation PK Creedon is known for the content on his self-titled channel. His joint videos with his fiancé Mike van Reekum could earn fandom throughout the globe. Specifically, the channel is based on fun and entertainment.

Creedon was born on May 14, 1992. He has American citizenship. Besides, he has a sister and a brother. Growing up, Creedon has lived in Chicago, Tampa, and Los Angeles. At this time, PK is a scholar at the University of Tampa. Specifically, his major is international business and marketing.

In August 2020, PK proposed to his boyfriend, Mike van Reekum. People have loved the appearance of the duo in the videos. Together, they have earned a loyal audience, indeed.

Creedon landed on Youtube on Dec 26, 2011. Precisely, he makes videos on improvisational comedy. They are based on his and Reekum’s relationship and lifestyle. Their entertaining and crisp vlogs can get millions of viewerships. As of now, the channel PK Creedonhas accrued 212k subscribers. Altogether, his videos have gained over 33.5M views.

Apart from a vlogger, Creedon is also a digital marketing consultant and social media strategist. Additionally, he is a former NFL player publicist.

Undoubtedly, Creedon, alongside his partner Mike is a renowned name across social media. Indeed, they get a handsome paycheck from the Googe.

Not only that, but Creedon is also making money being a consultant and strategist. Nevertheless, his exact income and net value are under review.

Her official page on Instagram has accumulated 518k followers.

On his Twitter page, Creedon has 21.6k followers. On the other hand, his Facebook page has 5.3k followers. Lastly, he has a LinkedIn profile, as well.

While in college, PK won the 2014 Dynamic Dancer of the Year.

He was a sponsorship coordinator for the David Joseph Foundation from 2012 to 2014. 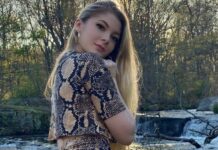 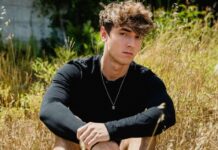