Brendon Zub is a Canadian actor best known for his versatile acting skills. Moreover, mostly known for his role in Batwoman, The 100, The Christmas Calendar, Supernatural, etc.

Brendon Zub was born in Vancouver, Canada but moved to Alberta at a young age. Likewise, he was born to a Pastor. Besides, he has a brother and a sister. When he was 10, his family moved to Hungary. Moreover, he holds Canadian nationality. Likewise, he is of White ethnicity.

Likewise, he graduated from Ambrose University with a degree in history.

Brendon made his debut with the role of Geoff in the TV series Human Target in 2010.

Likewise, he was seen alongside Leah Gibson in Supernatural.

In 2016, Zub played Cooper in A December Bride.

In 2017, he received a Leo Award nomination in the Best Lead Actor category for the film The Christmas Calendar.

What’s more, he gained fame for portraying Chuck Dodgson in the CW’s Batwoman.

Brendon has not disclosed anything about his love life to date. Moreover, there is no information about his relationship and partner(if any).

Brendon might make enough money from his career to sustain a luxurious lifestyle. Likewise, the actor’s net worth figure might be in the millions. 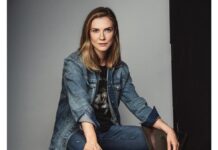